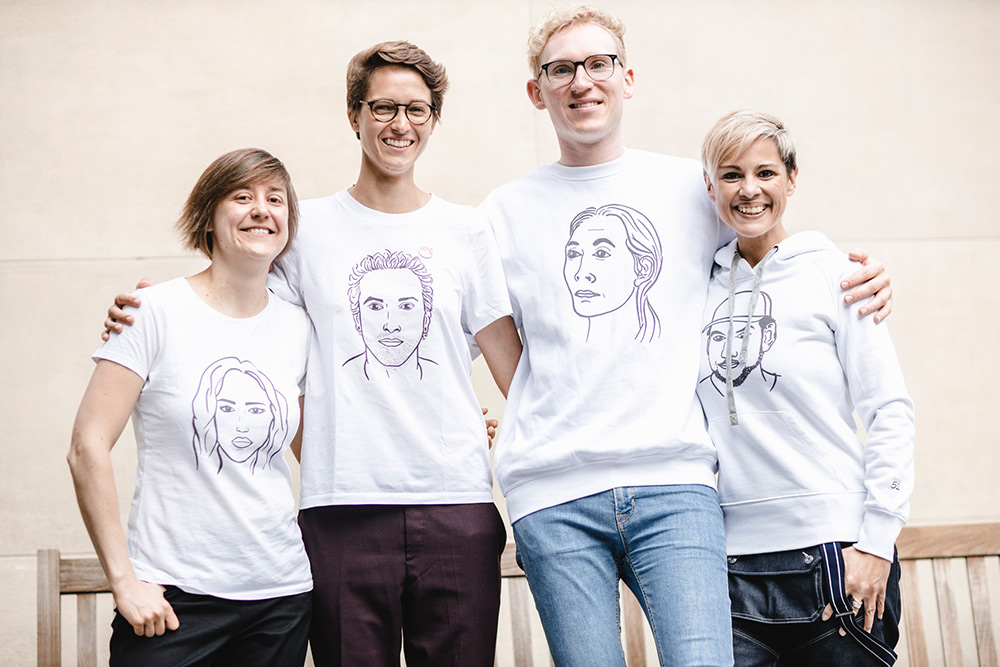 Self-Portrait of a Start-up for Change

Last year in April I had an epiphany. It was a Thursday afternoon and I was checking out the latest tweets of my favorite Arrowverse celebs, when I came across a picture tweeted by Caity Lotz that showed her playing an ukulele. It said: "Anyone else learning to play an instrument?" I don't play any instruments. In fact everybody tells me I have no sense of rhythm at all. Same with singing, I can't hold a tune for more than 10 seconds, and that's a generous estimate. So my answer to the tweet was clearly "No". But it got me thinking. I had just turned 40 in January, I had a job I really liked, I was freelancing on the side, which also brought in some cash. But I hadn't started learning anything new for a while. I preferred to spend my free time watching Netflix and youTube, binge-watching Legends of Tomorrow, The Mentalist or Chef’s Table. Over and over again.

You think you're in a good place... But something feels off.

Have you ever been there? You think you’re in a good place, you have family and friends who love you, you’ve got a job that pays well enough, you’ve got nothing to be unhappy about. But something feels off. Something vital is missing. So you turn to chocolate (not that there’s anything wrong with chocolate). Or you catch yourself stalking Caity Lotz, Chyler Leigh, Jes Macallan and all the other badass women of the Arrowverse on Twitter and Instagram. Or you binge-watch all the food shows you can find on Netflix.

I used to draw a lot as a kid, but I gave it up at the age of18, because I thought I wasn’t very good at it.

That's why Caity's tweet was the wakeup call I needed to start a new chapter in my life. I decided it was time I learned something new again, gained a new skill. So I started drawing again. I used to draw a lot as a kid, but I gave it up later, when I started believing that drawing had a lot to do with talent, and little to do with acquired skills. This time I was going to focus on progress, not on becoming the next Picasso. I planned to draw portraits of people who had inspired me to make positive change in my life. One inspiring portrait a week for a whole year. 52 weeks - 52 portraits.

Why not start a community of people who can share their inspiration and celebrate the people who inspire them?

In the first few weeks I created a list of people and drew the first portraits. I shared my project with my friend Chris, who got hooked instantly and started his own list. We spread the word among our friends and colleagues, and the response proved we were on to something worth exploring. So we asked ourselves, why not build something bigger, something that could have a greater impact? Why not start a community of people who can share their inspiration and celebrate the people who inspire them? That's how portrait52 was born.

Inspiring sustainable fashion with the fabric of a revolution

I cleared my closet a few months ago. My wife had lost a lot of weight over the last two years, and was finally ready to replace her clothes, so I decided to join the big clear-out adventure. Of course, knowing I would join her on her shopping spree also provided the necessary motivation. After the clear-out and the following shopping tour I counted the combined old and new wardrobe items. The result was overwhelming: 50+ T-shirt’s, tanks, polos and long sleeves. To my defense, over half of these are more than five years old, and I actually wear all of them. Some of T-shirts even have holes here and there from washing them over and over again, and I still wear them.

I never before considered the statement I would make by wearing a certain brand. Until I decided to start my own fashion brand.

Thinking back about why I had bought most of these clothes in the first place brought up a feeling of guilt. Some of the items were very soft to the touch, feeling like a caress on the skin. With others, it was the design, pleasing on a visual level, but devoid of meaning. I also realized that the price had  always been one of the determining factors. I rarely looked at the materials the fabric was made of or seriously considered the working conditions of those who made my consumption possible. Until I decided to start my own fashion brand together with my friend Chris.

We’ve challenged ourselves to build a company for inspiration and change.

portrait52 is about assuming responsibility for our behavior and becoming aware of what motivates us to take action and initiate change. It's about owning our inspiration and sharing it with the people around us. We're not the first and we won't be the last ones to build such a company, as our world needs inspiration and fast positive change more than ever.

Everybody loves a good T-shirt. So do we at portrait52. We also love our planet, and we also love people.

With each T-shirt we design and manufacture, we want to make a statement for the planet and for the people who inspire us every day. We are working on collaborating with the most sustainable clothes manufacturers we can find, regarding both materials and working conditions for employees. Join our mailing list or follow us on social media to find out more about or journey and our progress and get your kick of inspiration with a new portrait every week on our blog.