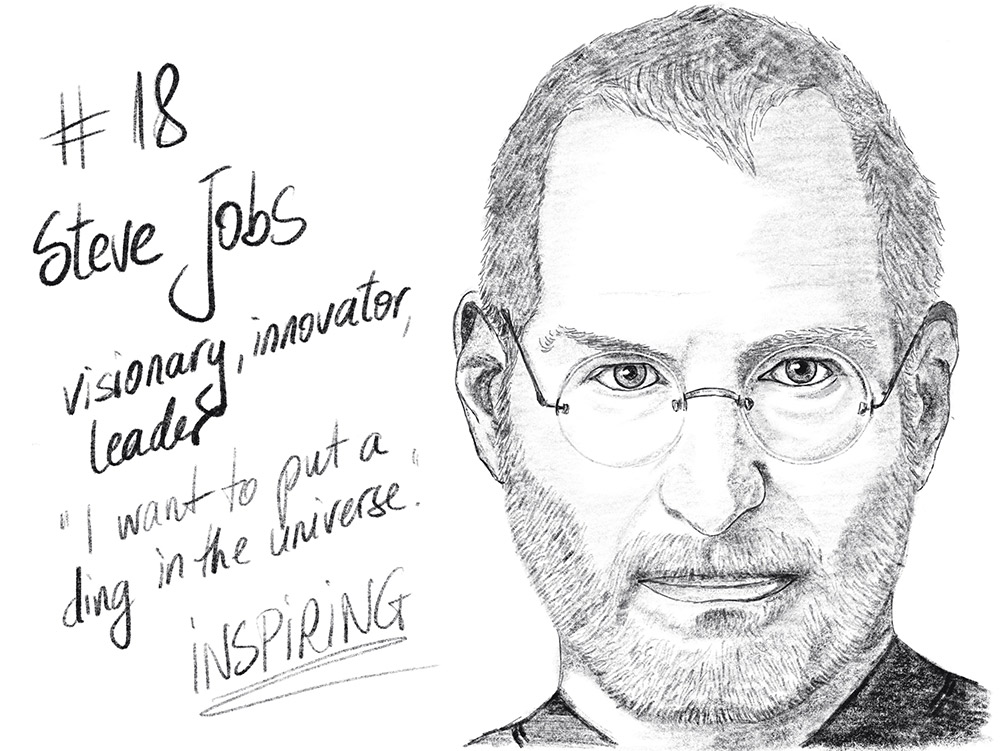 Visionary, innovator, leader. "I want to put a ding in the universe". INSPIRING.

2020 is on, beautiful people! If I’m being honest, it doesn’t really feel like a new year to me, let alone a new decade. Everybody talks about it, but I don’t feel it. Yet. Still, it’s my birthday today, so I also start a new year in my life, and I’ve decided to kick it off with a visionary. And by visionary I don’t just mean a human being with a vision, but one who did everything to make his vision come to life and succeeded. Unprecedentedly.

„People judge you on your performance, so focus on the outcome. Be a yardstick of quality. Some people aren’t used to an environment where excellence is expected.“ (Steve Jobs)

I saw the first real Mac computer about twenty years ago in the library of the German Department at the Ludwig Maximilians University in Munich. I didn’t know anything about Apple or Steve Jobs. These colorful rounded desktop computers (they were the iMac G3 models) fascinated me from the beginning. There was nothing unnecessary about them, everything seemed to fit, both from a design and a usability point of view. At home we always had tower computers standing tall under the desk, with separate monitors on the desk. I always hit my knees on the computers and I hated the cables connecting them to the monitor. I instantly fell in love with the iMac, so elegant and flirty, and at the same time modern and trustworthy. But the price broke my heart.

„Ultimately, it comes down to taste. It comes down to trying to expose yourself to the best things that humans have done and then try to bring those things into what you’re doing.“ (Steve Jobs)

I bought my first Mac nine years later in 24 installments and never regretted the investment. Because there’s more to these things than beautiful design and persuasive quality. The perseverance and tenacity of this one man still breathe out of every Apple product I use, even now, 9 years after Steve Jobs passed away. Driving for excellence, never settling for less than amazing, intuitively knowing what can be done and then actually doing it. Taking in the best achievements of humanity, analyzing them and bringing them into one’s own work. Constantly learning and improving. Constantly creating. It’s what differentiates visionaries from dreamers.

„Don’t let the noise of others’ opinions drown out your own inner voice.“ (Steve Jobs)

People criticized Steve Jobs for being a perfectionist, for pushing them to work incessantly, until the point of exhaustion. For using unfair business tactics. These things might all be true, but would he have turned his vision into reality if he hadn’t worked the way he worked? For years in a row he didn’t take a salary, until his company found its way back to prosperity. Thanks to this work ethic his company has become the most valuable company in the world. Thanks to his visionary thinking and acting I fell in love with my first Mac eleven years ago, followed my passion for design, became a graphic designer and learned building websites. And started the process of turning from a dreamer into a visionary.