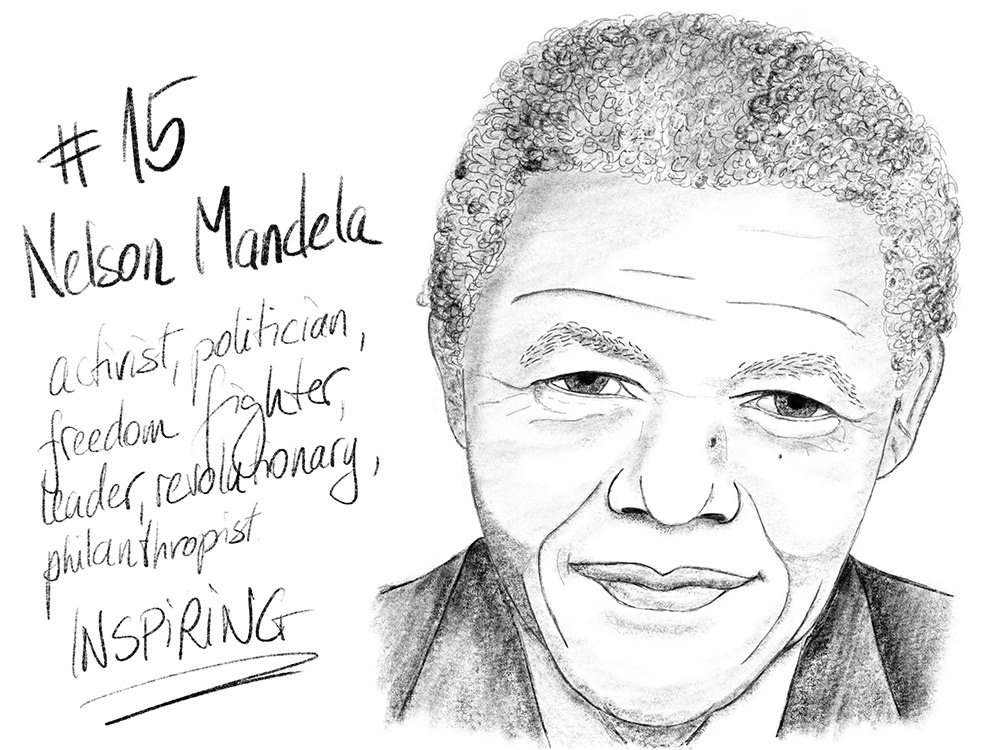 I was a teenager when I first heard of Nelson Mandela and saw him smile. It was on the news after he was elected the first black president of South Africa in April 1994. Back then I didn’t realize the historical importance of that political accomplishment, but I found it absolutely fascinating how much calm and harmony he radiated. I knew enough about oppression to understand that having been imprisoned for most of one’s life under horrific conditions can fill even the most peaceful man with anger and hate. But Mandela had already been involved in armed resistance before being imprisoned. He hadn’t been that peaceful. How did he become this serene leader committed to change the injustice of the apartheid regime without bloodshed?

Mandela was released from prison in 1990, in a year when many oppressive political regimes came to an end, but his fight for freedom and racial justice in South Africa had never stopped during his imprisonment. His determination and steady persistence led to the eventual transition from the apartheid regime to democracy. He learned all he could about his enemies and opponents, not just about his friends and companions. Only through speaking to his opponents in their own language, addressing their fears, but also their hopes, could he leverage the end of the apartheid regime.

“May your choices reflect your hopes, not your fears.” (Nelson Mandela)

The year Nelson Mandela was elected was the year my mother went away for months to recover from illness. I was very angry back then, angry with my mother for leaving me in charge of a household of four at the age of sixteen. Angry with my father for drinking all the time, being irresponsible and leaving all that burden on my shoulders. Angry at life for putting me in that frightful, disturbing situation. I was afraid I wouldn’t make it. Learning more about Mandela and what he went through in order to achieve his goals put my suffering into perspective and helped me understand I was strong enough to manage the coming hardships.

“There is no passion to be found playing small - in settling for a life that is less than the one you are capable of living.” (Nelson Mandela)

Before I turn this into another “This is how I grew strong” blog (ok, I’ve done that already, but I’ve managed to restrict myself to one paragraph), let me put our lives into perspective, from a totally subjective point of view. If you read this, you probably have a computer or a mobile device in your possession. At the time I’m publishing this, you are one of about 100 people who have already joined our hopefully growing community. As I know most of you, I know you have several pairs of shoes (I know a lot of shoe addicts), enough clothes to wear and enough food to eat. You can vote, you can state your opinions, your worries are none about a threatened existence. Objectively speaking. If a man in a high security prison managed to mobilize a country and people from all over the world to fight for his release peacefully and support him into bringing down an inhuman regime, you too can manage to make a difference in the right direction.

“Sometimes it falls upon a generation to be great, you can be that generation.” (Nelson Mandela)

In a letter to Barack Obama, Mandela wrote: “Your victory has demonstrated that no person anywhere in the world should not dare to dream of wanting to change the world for a better place.” I would go further and say that it has become our duty to want that. Because we do change the world every day, whether we dream of it or not. Making it a better place is what we have to concentrate on. And becoming the great generation.