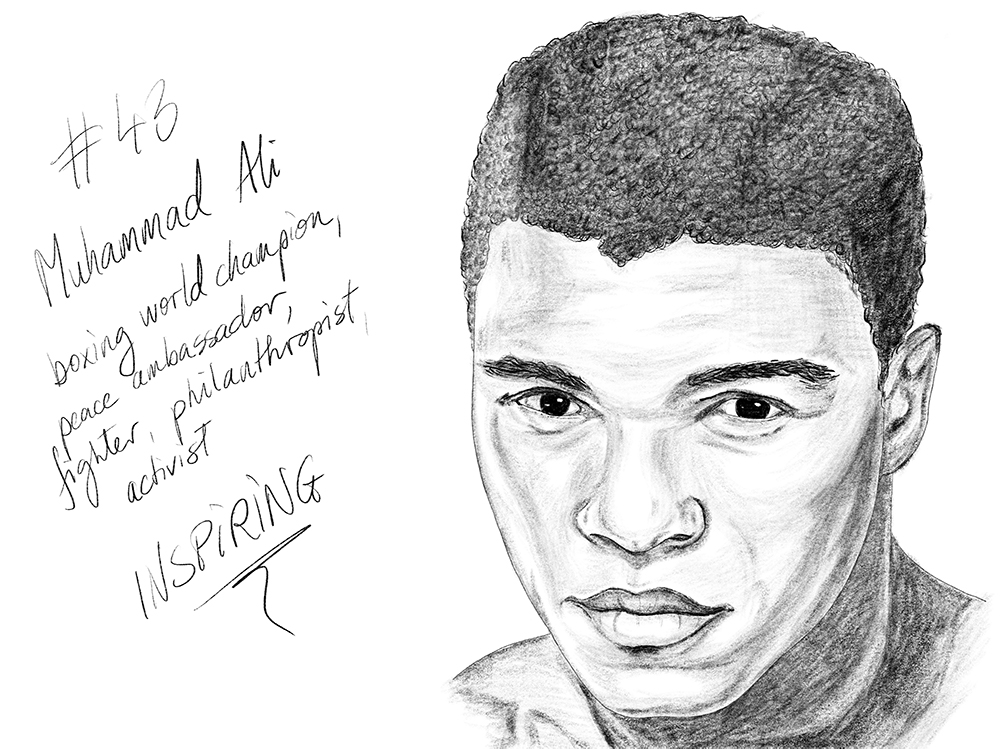 I find people who channel the kind of discipline needed to become a good martial artist very impressive. Especially if these people aren’t sports professionals, so they don’t do it for a living. I’ve never managed to bring up so much discipline. I want to. I dream it up. I wake up in the morning with the strong desire to reach the level of discipline that would help me go straight to work, and not linger on leftovers breakfast and morning tea time for two hours straight.

"Boxing is a lot of white men watching two black men beat each other up.“ (Muhammad Ali)

What I actually wanted to say is that as a martial arts lover I could never warm up to boxing. I found it a primitive sport, two men hitting each other with their fists, no dancing, no choreography, no carefully studied, complex set of moves … no art. Knocking each other out for the sake of knocking each other out, while a crowd would cheer one guy for hurting the other guy, it just didn’t make sense to me. Until I learned about Muhammad Ali, the champion of champions, the butterfly and the bee, the greatest.

"Only a man who knows what it is like to be defeated can reach down to the bottom of his soul and come up with the extra ounce of power it takes to win when the match is even.“ (Muhammad Ali)

I was in my late teens when I saw a documentary about Ali and his famous Rumble in the Jungle fight against George Foreman. Although the fight had been fought before I was born and I knew how it had turned out, I still felt the excitement and the energy of this clash of titans. For the first time in my life, I understood what boxing meant. I could see beyond the primitive fist fight of two men trying to knock each other out. This fight was strategy from beginning to end, it was a fight of mindsets, of raw power against creativity. At the end, it wasn’t the triumph of one man against another. Ali won because he didn’t just fight to win over George Foreman. He fought to bring visibility to Africa and to what he stood for, he fought to show the world the kind of man he was.

Some people might say he was cocky, vain, much too self-confident. I’d say he knew to put on a show. He was intelligent and knew how to drive his opponents mad, making them give in to emotions while he stayed ahead of the game, lucid and controlled. That’s how he won his fights in the ring. The reason why he is still considered the greatest boxer of all times is because he fought outside of the ring as well. He fought for all black people, being an important part of the civil rights movement in America. He refused to go to war and went to prison, paying fines and being stripped of his title. He stood up for his convictions and used his popularity to drive change.

While there are things about Muhammad Ali that I don’t like, his opinions about the role of women and how they had to behave being one of them, I’ve learned that a greater cause is always worth fighting for, no matter how slim the odds are for winning. The outcome might surprise us all.