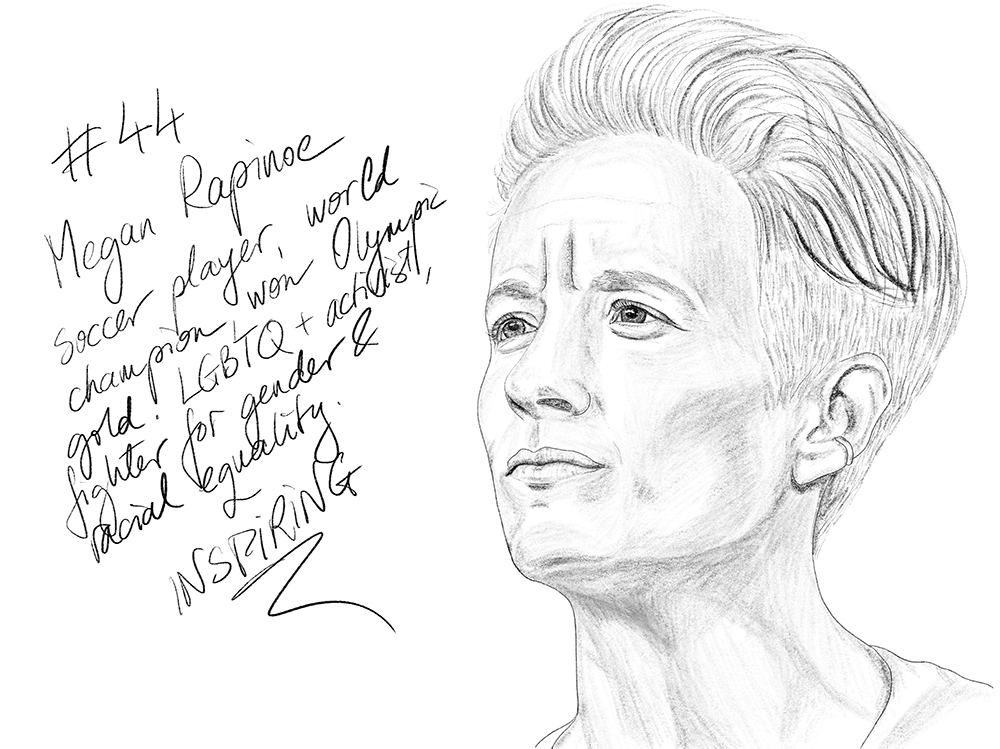 It’s Pride Week in Munich, guys, and it’s so strange not to take the streets, given the absolutely fabulous weather out here. I’m not much of a party girl, but pride time has always been party time for us, because there’s so much meaning in these celebrations.

“Putting yourself out there is hard, but it's so worth it. I don't think anyone who has ever spoken out, or stood up or had a brave moment, has regretted it.” (Megan Rapinoe)

I remember the first time I went out on pride time, it was a year before I met Diana, and it was so liberating and gratifying to see so many people who understood the part of me that I had hidden from almost everybody up to that point. It wasn’t just a time to party with a bunch of like-minded people, it was the first statement I made openly about me being gay. It was also the point of no return for me, because from that moment on I knew I had no choice but live my life as an outed lesbian woman if I wanted to be happy.

It was also when I finally understood what being out and proud really meant. Because let’s face it, having a certain sexual orientation is no reason for pride, but standing for the right to be regarded as a normal person definitely is.

“Hopefully we can get to a point where your personal life isn't anybody else's business, but until then, it's less about people having to know about your sexuality than standing up for what's right and fighting for equality.” (Megan Rapinoe)

Let’s talk a bit about the reality of our society. When we’re born, our parents are asked: Is it a girl or a boy? Nobody will ask: „Does your child have female or male genitals? Or maybe intersexual?“ We have our assigned social roles from the moment we see the light of the delivery room. It’s the same with sexuality: we are all assumed heterosexual until we prove the contrary. Heterosexual people never have to come out. Only queer people do.

I dream of a society where the aunts or uncles ask the parents: „Has (s)he had a girlfriend or a boyfriend yet?“ A society in which the values and actions of a person count more than who they sleep or don’t sleep with. It’s the kind of society that Megan Rapinoe fights for.

“The more I've been able to learn about gay rights and equal pay and gender equity and racial inequality, the more that it all intersects. You can't really pick it apart. It's all intertwined.” (Megan Rapinoe)

She plays beautiful soccer. I know that, I used to play the sport myself. For fun, but nevertheless, I can relate. Megan knew very early that she had to out herself in order to live and play authentically. If you live the game, you play it better when you can be yourself all the way. And she plays it better. One Olympic medal and two World Cup championships won stand proof for it. But she also uses her popularity to fight for LGBTQ+ rights, gender equality and against racism. In 2016, during an international game, she kneeled during the American national anthem in solidarity with Colin Kaepernick. She stated afterwards: “I have chosen to kneel because I simply cannot stand for the kind of oppression this country is allowing against its own people.”

Yes, my friends (real or virtual), we should all kneel, we should all put our popularity on the line to fight for equal treatment in all aspects of our human life, be it race, sexual orientation, gender, religion or whatever part of us makes us different and unique in our own way. It’s so obvious, yet we find it so hard to address the injustices we witness every day. But we are here to help each other do just that, over and over again, until fighting and changing becomes our new comfort zone.

„It’s time to come together. This conversation is at the next step. We have to colaborate, it takes everybody. This is my charge to everybody: do what you can. Do what you have to do, step outside yourself. Be more, be better, be bigger than you’ve ever been before.“ (Megan Rapinoe)