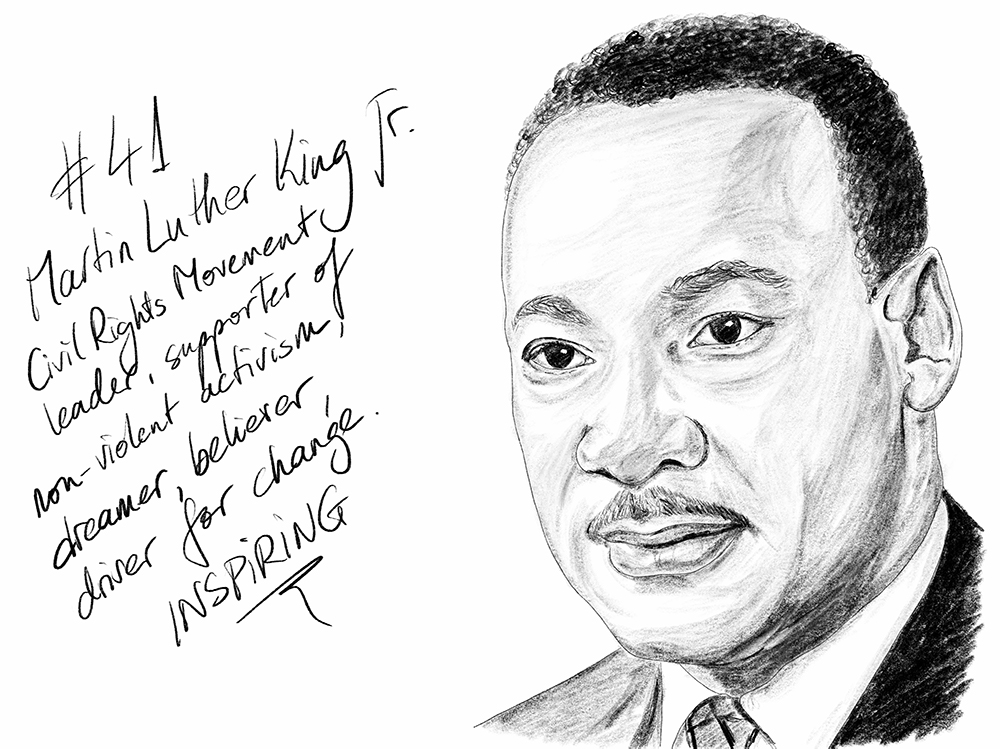 I’ve always considered myself open-minded, tolerant, accepting, able to observe the world around me. Self-reflecting, more or less objective in perceiving the world around me. Trustworthy, direct, true. I’ve got a bit of an ego, I admit. I’m self-confident. An extrovert, most of the times. An exhibitionist, sometimes. I like to think of myself as a fighter for the weak, a fighter for good.

“Our lives begin to end the day we become silent about things that matter.” (Martin Luther King Jr.)

Yet I have failed to fight quite a few times in my life. One still very vivid instance took place in my first year in Munich. When I came to study in Munich in 2001,  needed someone to pledge for me, guaranteeing that they would pay for my expenses. I knew a nice Romanian-German family who decided to help me with these formalities. I remember us waiting for our turn in the civil office, when suddenly the wife asked:

“Do you also have something like this at the university?”

At first I didn’t know what she meant, but then I saw her gaze. It pointed at a black man also waiting for his turn.

I was shocked. I hadn’t witnessed this kind of racism before, where a black person was reduced to some thing. I didn’t know what to say. So I said nothing, also because I was afraid to risk losing their help and having to return to Romania.

It was the last time I saw those seemingly nice people who’d been so generous to me and so blatantly racist to a stranger. I talked to them on the phone a few times after that incident, and then just stopped contacting them.

“The time is always right to do what is right.” (Martin Luther King Jr.)

I’m writing this because I know many of us have been in a situation when they silently condemned other people’s racist remarks, but have failed to say or do something about it. I’m writing this because now is actually the best time to become vocal about it, to confront those who feel ill at ease when the topic arises. Change is possible. Change is imminent, actually, so there’s no need to postpone it.

Martin Luther King Jr. is the best example for what peaceful protest paired with decisive challenge of the status quo can achieve. One man, one leader, managed to mobilize millions and brought along significant change through non-violent activism. It was his father who taught him the power of peaceful protest, although as an adolescent King resented white people for constantly humiliating him, his family and his community. Still as a Christian he knew he had to love all people, no matter how they wronged him.

Martin Luther King entered college at the age of 15 and graduated at 19. Although he didn’t agree with parts of his religion, he became a minister in order to transform the church into a place of reason, of ideas and of social protest. He assumed his role as a leader during the Montgomery bus boycott, which lasted over a year and ended segregation on all public busses in Montgomery. King became the most important spokesperson for the Civil Rights Movement and its best known leader.

Nonviolent protests continued long after the Montgomery bus boycott and many laws were changed and also new laws were passed as a result of the Civil Rights Movement. But segregation is still a thing, not just in America. It might not look that way, but any act of judgement  or violence against another person solely on the account of their skin color or so-called “race” stands to prove it. That’s why we will continue to post black portraits in the following weeks, because we are all in this fight for the long run.