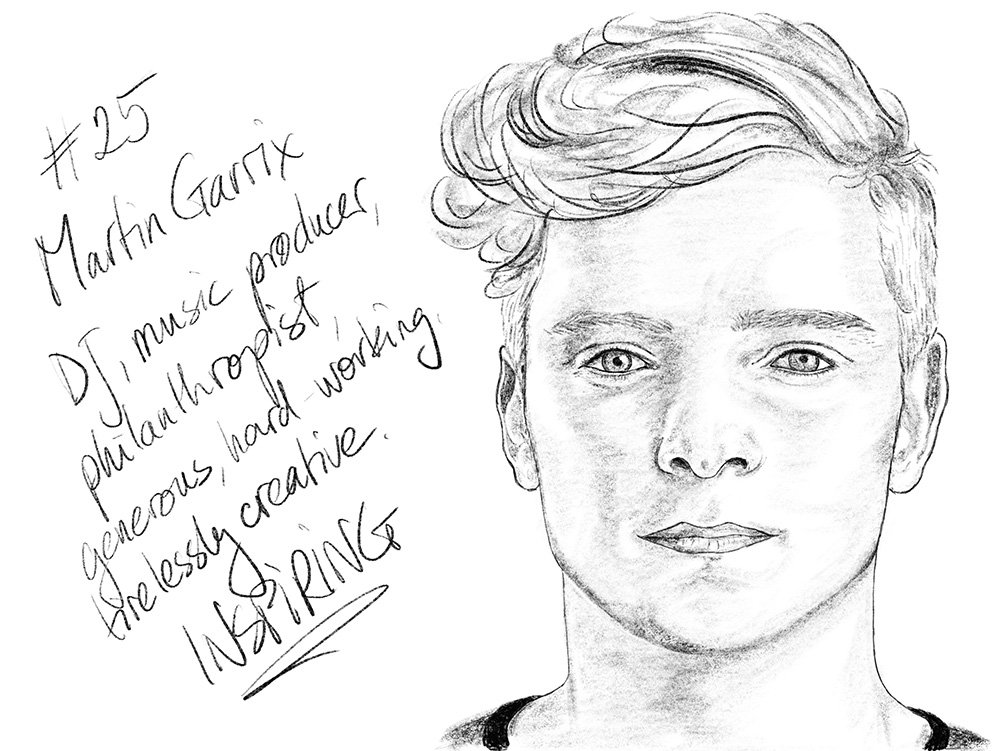 Where’s in week 25, portrayers, almost half way through. For this week’s portrait I had a conversation with a young friend of mine. The only thing I want to say from my part is that I’m very glad to have met him and I’m looking forward to get to know him even better. I let him take center stage, because he truly deserves it.

Alice: "Consti, Tell me a bit about yourself."

Consti: "I’m 19 years old, I come from Worms (Rheinland-Pfalz) and I love making music. Music gives me pure joy, it makes life worth living. I have a lot of fun finding the right song for every situation. When I drive my car, I have my own playlist, and it’s a thrill listening to it while driving. It’s best when the sun shines, but also when it rains, I have the right music for that as well. That’s why I also started making music myself, it was a logical consequence. I also started learning more about how music emerges, what happens before we get to hear a finished song, what music does to people. That’s why I also started DJing and also producing music, as a hobby. Because everyone listens to the radio, but they don’t know what happens behind the scenes. I wanted to know more about the process and be involved in it myself."

"I love playing music no matter where it is." (Martin Garrix)

Alice: "So I guess that your inspiring person we are talking about today has also something to do with music."

Consti: Exactly. It’s Martin Garrix, he’s a 23 year old Dutch DJ. He got his big debut in 2013 with the track Animals, and I found it so fascinating, because it was such a cool track, and so simple actually. So I did some research about him, and I was even more in awe about what this kid - he was only 16 back then - what he had already achieved at this young age and how successful he already was. That’s when I decided to make music as well and to learn more about the whole process. Back then I thought, what he can do I can do as well. So I bought my first DJ desk. And I’ve been making music ever since as a hobby. It gives me a lot in terms of life quality, I have a lot of fun creating and doing something that is so important for so many people.

“It's great to surprise people. If you do the same thing all over again, which people expect you to do, they're going to get bored.” (Martin Garrix)

Alice: "There are others cool DJs out there. What makes Martin Garrix so special?"

Consti: "His background and his development. He was just a kid when he heard another DJ, Tiësto, playing for the opening celebrations of the Olympic Games in 2006. He decided on the spot that he wanted to become a DJ and started making music as a nine year old. And he worked on his music, developed his skills and knowledge, produced his tracks and one day Tiësto noticed him. They are very good friends now. He also has so much energy and doesn’t stray from his path. Last year he broke his ankle. He still played all his concerts, despite the pain. Music is his life."

Alice: "I find it amazing how a young guy like him can give you the drive to start making music, and not just for a short while. It’s been a steady thing for you as well. You also told me that Martin Garrix also does a lot of philanthropic work. Can you tell a bit about that?"

Consti: "He does different things. When he was 18 he gave a concert to support an organization fighting against cancer. Fuck Cancer is the name of the organization. He printed T-shirts instead of concert tickets and also sold more for those who couldn’t come to the concert. And every cent he made on this concert went to this organization. The T-shirts were sold out within 4 hours, 20 thousand t-shirts, and they cost 50€. So they weren’t cheap. I also bought two, because I found it very valuable, out of personal reasons. And also because I think it’s so cool that he did that at such a young age. There are so many organizations trying to raise that much money and they invest so much time and effort. And he managed it with one concert. Very admirable. And this is just one example. He also helps homeless children in Amsterdam. But there are quite a few more philanthropic actions he engages into. And I want to emphasize again his young age and his constant engagement. He doesn’t differentiate between people, he treats everyone the same way. So many celebrities think they are better than us “normal” people. Not him. For example, he invited a street musician in his studio and produced a track with him. Many celebrities would fear for their image. He didn’t care. And this support that he gives also shows that it doesn’t matter how famous he is, he is a human being, nothing more and nothing less. And this is something so many celebs forget."