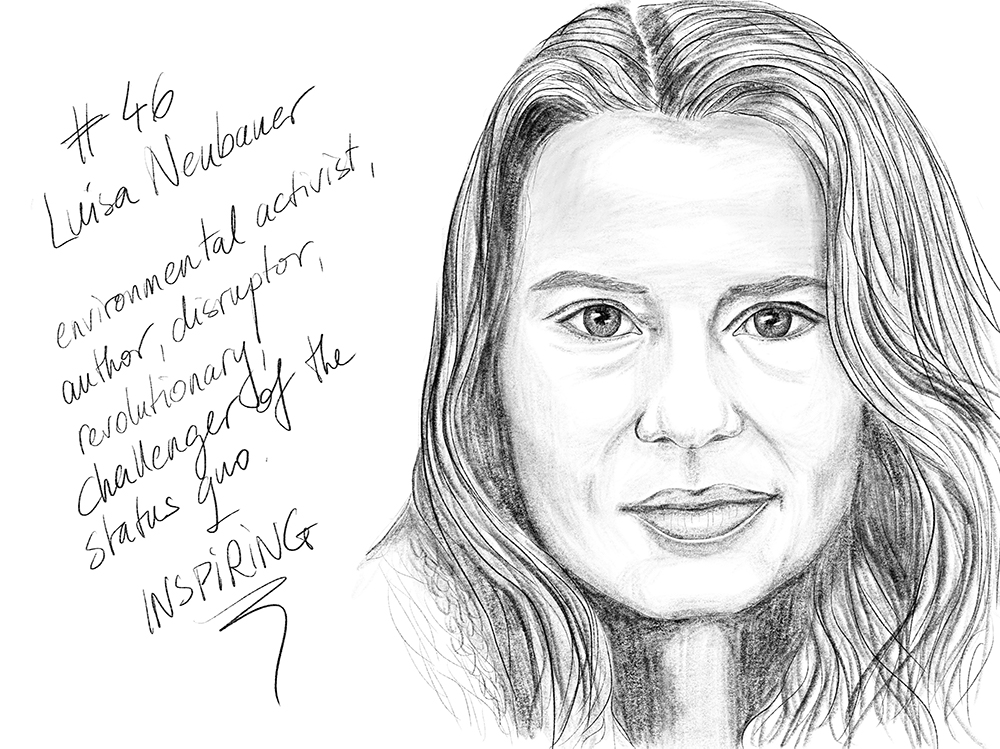 I really like this girl. When I was her age, I was my biggest preoccupation. I was writing a book about myself, I was studying theater sciences because it was fun, I was suffering of an unrequited love. I was dreaming about becoming a great writer one day.

I knew about some of the world’s problems, and it pained me. Silently. I was wallowing in my suffering, and it made me feel distinguished. Special even. In line with all those great characters in the big books of the 20th century, with their existential crisis expressed in different iterations of Joyce’s stream of consciousness technique. I would have never said it out right, but I surely enjoyed the kind of life I lead. The deep conversations about human existence. The reflexions on the history of language. The interpretations of post modern works of art.

I was actually oblivious to what was happening all around the world, to the catastrophes that we, myself included, where manufacturing for ourselves and the future generations of humanity.

“I'm afraid of a lot of things, and I'm primarily concerned about the future of our planet, but I'm certainly not worried that we won't continue to fight for the planet.” (Luisa Neubauer)

Luisa Neubauer doesn’t have this luxury. The existential crisis she is going through is humanity’s crisis, although a majority of humankind still is as oblivious as I was 18 years ago. She comes from a privileged family, and many of her opponents try using this against her, pointing out her flaws and misbehavior. She travels too much, they say, she flies too much, she only talks about what’s wrong, never offering solutions. She’s a spoiled child.

With all due respect to the age of those pointing out her flaws or the politicians who don’t want to take her seriously, this is childish. It’s ignorant behavior and bruised egos. This girl, this spoiled child, has more accurate knowledge about the real problems of our planet and of humankind than all these old naggers and politicians combined.

Luisa doesn’t care about what these people say about her, she doesn’t have the time to tend to her own ego. She’s got a mission to inform and instigate change. Yes, instigate. If the only way to wake people up and win them over is manipulating their emotions, then this is the path she threads. What a bitch, I would say under different circumstances. Way to go is what I say here, the goal can excuse the means in this situation. And it should.

“We don’t demand an adventure playing ground. We demand following a signed international agreement. It is undemocratic to ignore the Paris Agreement so radically, given the fact that governments have negotiated it themselves.” (Luisa Neubauer)

It’s actually quite simple. The Paris Agreement is legally binding. Almost 190 countries signed it in December 2015. Yet governments all over the world consider it a guidance. Not really worth giving it a second thought if they don’t manage to implement it. It’s not like anybody would be able to hold them accountable.

They’re missing the point though. In order to implement it, we all need to change. Urgently. There’s no bloody doubt about it. Everybody who says differently are either old and rich, so they don’t fucking care, because when shit really hits the fan, they’ll probably be dead and buried. Or they are so afraid to give up a part of their wealth and their comfort, that they find tons of excuses to keep the status quo. Or they are plain ignorant.

Luisa Neubauer may be young and inexperienced in the intricate world of politics. She may be overzealous or sometimes exaggerate certain situations in order to gather momentum. She may be making mistakes in her approach of older people’s fears and resentments. But this is only because she is one of the still too few people on this planet who have understood that the climate emergency is real. And she is one of the fewer still who actively do something about it.