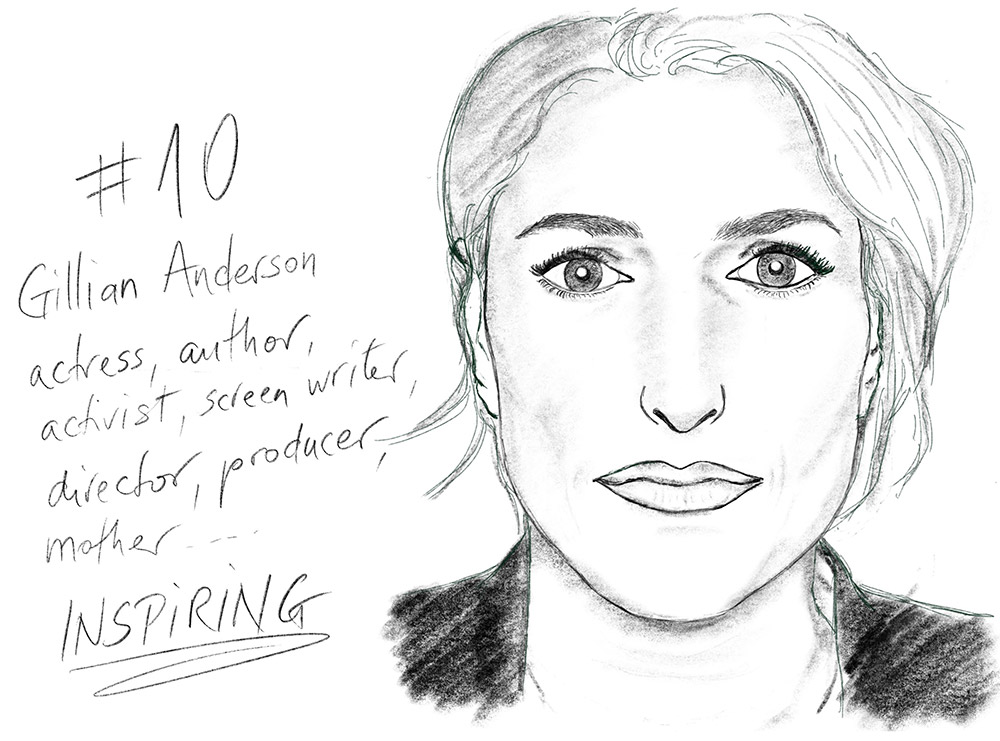 As a devoted science fiction fan I loved the X Files. I was about fifteen when they started airing in my home country, and my brother and I used to watch the show together. There wasn’t much we did together at that time, he was already seventeen, embracing puberty and spending most of his time with his pals. Therefore I was very thankful for our weekly shared hour of science fiction.

And then there was Agent Dana Scully, played by this gorgeous redhead, Gillian Anderson. I’m a sucker for redheads. I always thought there was something magical about them. It’s an acquired fondness, actually. When I was about nine, I read a book with a redhead character, and she was so vividly described by the author, with such passion and conviction of her uniqueness, that I fell for her instantly. So every time a read head turned up in a movie or show, she’d already won my sympathy before the story even started developing.

“I wouldn't say I'm normal. But I'm relatively stable. When I think of normal, I think of mediocrity, and mediocrity scares the fuck out of me.” (Gillian Anderson)

I instantly fell in love with Agent Scully, because she wasn’t the “normal” kind of sidekick, eventually becoming love interest female character I had repeatedly watched before. I had seen a few strong female characters in science fiction shows before, but this time it was a bit different. As the fiction part of the show was relatively marginal, with few abnormal elements, Scully seemed very real to me. The possibilities were there. Becoming a scientist, an FBI agent, an intelligent woman whose life didn’t consist of just becoming a mother and taking care of her family. She looked for the truth, analyzed situations with reason and scientific tenacity, but stayed open for the seemingly impossible.

“Young women have more choices to make today about what to be. One of those choices is activist.” (Gillian Anderson)

I’ve always felt angry at discrimination, as I’ve been subjected to it many times, especially when growing up. If you think that’s a natural feeling, think again. More often than not, it’s resignation people feel when being treated unfairly because of a set of rules of the status quo. Whatever the feeling, it is not a solution. It’s analyzing the situation and putting up solid arguments against discrimination and for the benefits of fairness and equality. And becoming active, becoming an activist. I truly believe that there’s no other way we for all of us if we want to keep evolving.

“People come in and out of our lives to teach us. And we teach other people. It's part of the process.” (Gillian Anderson)

It’s what we believe and in a gist it’s what portrait52 is all about. Learning and teaching, sharing our teachers and our learnings with you, giving you and ourselves more tools to shape our world and the difference we make in it. If you want to look beyond the Scully effect and learn more about Gillian Anderson and her contribution to making the right difference, watch any of her interviews and read “We - a Manifesto for Women Everywhere”, a book she co-authored with Jennifer Nadel.

“I hope everyone that is reading this is having a really good day. And if you are not, just know that in every new minute that passes you have an opportunity to change that.” (Gillian Anderson)