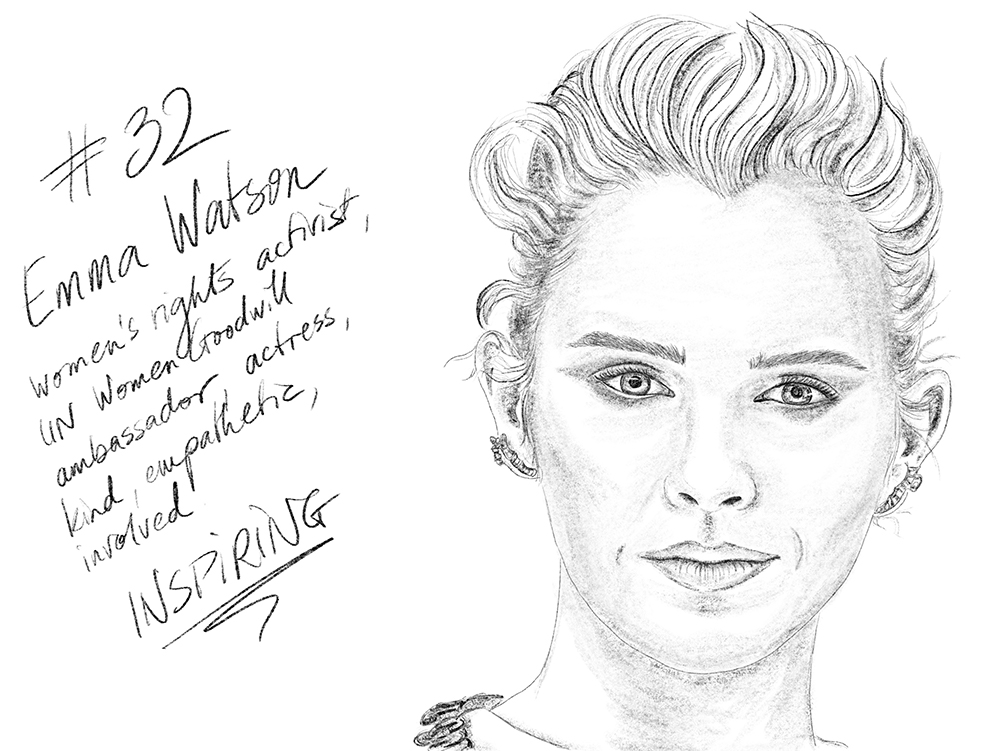 I’ve never been a big Harry Potter fan and in the first years of the hype I refused to become involved in it in any way. I loved the story behind the books, the story of how this marvelous world took form, the struggles and the tenacity of the author, J. K. Rowling. But after a first attempt to read the first Harry Potter book - I might have finished about 50 pages - I got bored and put it away.

It was Diana who re-introduced me to Harry Potter because she used to listen to the audio books in the car. One day she picked me up after work and asked me if I could let her go on listening for a few minutes, because she needed to know how the second chapter of The Order of the  Phoenix was going to end. I listened with her and got hooked immediately. Just a few weeks later we were watching the movies together.

“Young girls are told you have to be the delicate princess. Hermione taught them that you can be the warrior.” (Emma Watson)

I loved Emma Watson playing Hermione from the start. She was the one character that got me hooked in first place. Not Harry or Ron, Dumbledore or Snape, though I really loved Snape’s storyline. But Hermione was the most intelligent person in the room, getting the boys out of harm’s way, finding solutions to most of the problems they caused. She wasn’t just the third musketeer, she was actually the first.

“Girls should never be afraid to be smart.” (Emma Watson)

In my life as a teenage girl and a young adult, I was often told to act more like a girl, wear skirts or dresses, or at least tighter clothes, put some makeup on. I didn’t do all of that because I didn’t want to be defined as a girl. I didn’t want want people to look at me and treat me in a different way than they looked at or treated my brother. Still they did. I withdrew into my own fantasy world as a result, feeling devastated by the unfairness of the situation. It took me years to raise my voice and address this issue with my own family, and even longer with the bigger world around me.

Emma Watson understood the necessity of raising her voice at a very early age. She was only 24 when she was appointed UN Goodwill ambassador. But she had already started her humanitarian work a few years earlier. In 2009 - she was 19 - she started collaborating with People Tree, an ethical clothing brand. Back then, fair, ethical fashion didn’t have the large public approval it has nowadays and wasn't taken very seriously. Nevertheless Watson took the leap and showed the world what she stood for.

In 2011 she supported CAMFED Internatinal - Campaign for Female Education - by  modeling for British Artist Mark Demsteader, who made a series of 34 portraits of the actress and donated 10% of the profits to the organization. Emma has been supporting CAMFED ever since. And these are only a few examples of her tireless fight for equal rights for girls and women all over the world.

“If you truly pour your heart into what you believe in, even if it makes you vulnerable, amazing things can and will happen.” (Emma Watson)