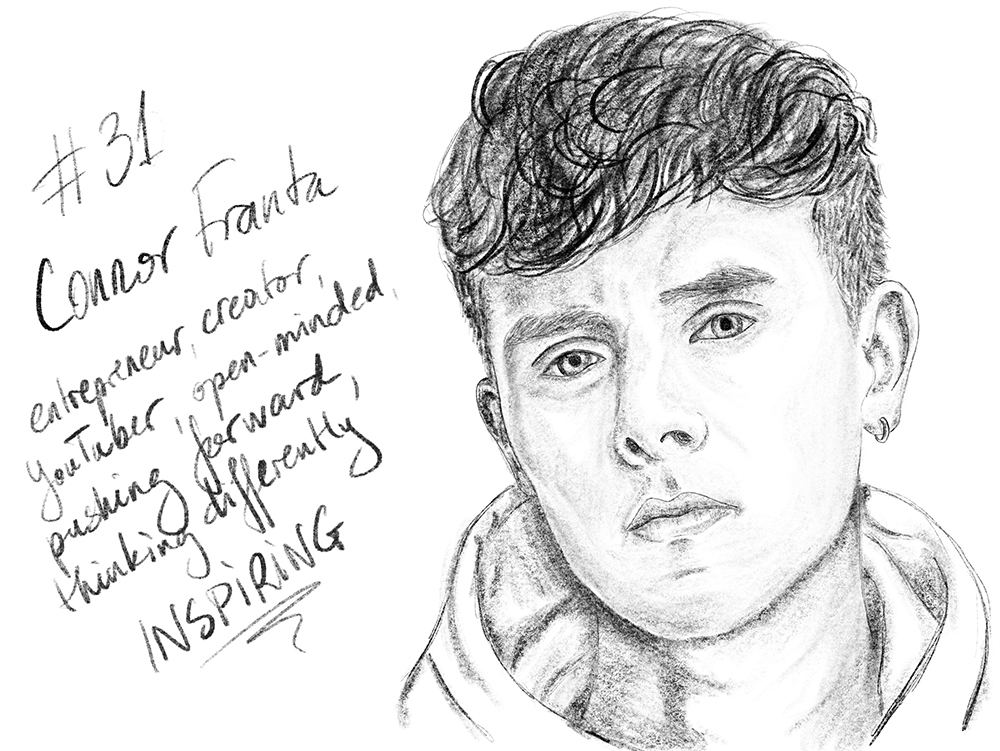 Connor Franta was born in 1992. After his High School Years he decided to start making YouTube videos. What sounds pretty normal for us today was quite a special thing in 2010. Connor became one of the most famous YouTubers during that time. He has over 5.5 million subscribers and over 400 million views. During the years Connor founded his own company and wrote two unique and inspiring books.

That’s where my story starts. I’ve been following him since the good old days. I’m pretty sure you guys know what I am talking about. There were so many collaboration videos with Troye Sivan or Tyler Oakley. Which is quite a while ago. Of course I never met him but over the years you get to know much about people who are sharing their everyday life online.

“Who are you? Answer; you are who you are in this given moment. Label-less. Limitless. Remember that from this day forward.” (Connor Franta)

The more I knew, the more I felt inspired. Connor is such a down to earth person. He always sees things from the positive side. He is an optimist.

The more famous he got, the more personal thoughts he shared. Connor can see the beauty in the smallest things in life. For him capturing a moment in a photograph is his own source of inspiration. By seeing these pictures he inspired not only me but most of his followers.

“I refuse to live a life of regret. I refuse to hope things will get better in the future when I have complete control over making them the best possible right here and now.” (Connor Franta)

In 2014 Connor celebrated his birthday by launching a fundraising campaign for the ThirstProject. This charitable project builds water wells in Swaziland. Connor donated over 230,000$. The following year he raised nearly 200k again. To see if every dollar of his donation found its place where it belonged, he travelled to Swaziland and made sure the water wells were build.

For him his success only gave him the opportunity to help others grow. In 2015 Connor founded his own Record Label - Heard Well. His label supports emerging artists from all over the world. The new stars are found on social media like YouTube, Instagram, Snapchat or TikTok. This is completely different to others and showed once more the great mind of Connor.

“Let your smile change the world, but don't let the world change your smile.” (Connor Franta)

During the years Connor wrote two books. His first one is called: „A work in progress“. The books tell his own story from the very beginning. For everyone out there who is thinking it was an easy one, you are wrong. For me this book gave me so many good vibes and positive mind set, especially because it is the pure truth about being the strange kid. He wrote about bullying in school and his coming out story. Reading these lines taught me I’m not alone in this world. That book inspired me trough and trough … and I am definitely not a reading person.

Then Connor wrote a second one. Of course I got it right away. „Note to self“ sums up random thoughts and fills the bigger picture. This book is so personal, emotional and heartwarming. I could relate so much with the story about his biggest fears, his sad moments and the joy in life.

For me Connor Franta is not only the YouTuber. He helped me going trough a hard time in my life without even knowing it. He got me going. He showed me where I can find inspiration. He was like that one friend who understands every one of your problems … well that sounds weird.