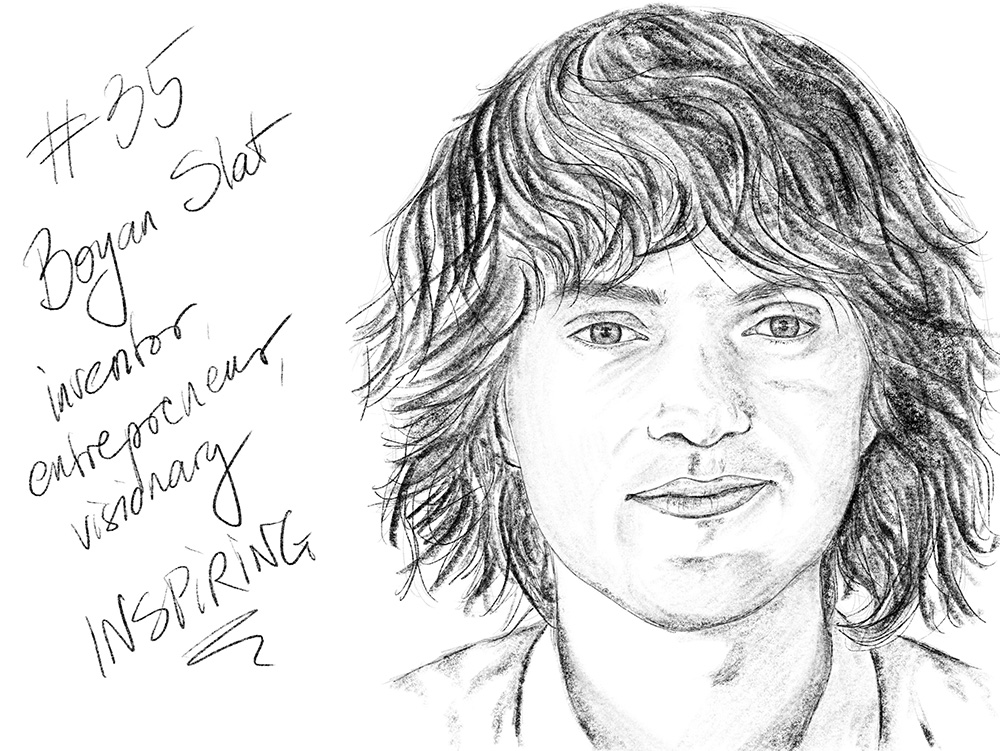 About three or four years ago a friend of mine received an email from a brother-in-law, telling her that if she hadn’t spent her donation money for that year, she should consider giving it to a project called Ocean Cleanup. He said it was a Dutch organization, and he wasn’t sure if the donation was tax deductible, but as he was a sailor, he would donate anyway.

A small insight into the German tax system: it’s the most complex tax system on earth. 80 percent of the worldwide literature on taxes is about the German tax system. We pay a lot of taxes, and we love to find loopholes in it to save a Euro or two. Donating money is an efficient way to save some tax: you donate a certain sum of money, thus lowering your income, and you pay a bit less taxes. And you do some good at the same time. Killing two birds with one stone… Awful saying, whoever came up with it was a cold hearted bastard.

"Taking care of the world’s ocean garbage problem is one of the largest environmental challenges mankind faces today." (Boyan Slat)

I started researching the Ocean Cleanup for my friend, but also because I wanted to know what had convinced her brother-in-law to donate without reaching a tax profit out of it. I was very impressed about what I found out.

The Ocean Cleanup is a non-profit organization that develops technologies to clean up the oceans from plastic. At the age of 16, while spending his vacation in Greece and diving in the Mediterranean Sea, Boyan Slat discovered there was more plastic in the sea than there were fish. After researching the worldwide plastic problem, he found out no one ever attempted to find a feasible solution to this enormous environmental problem. So he decided to do it himself. He worked on a concept for cleaning up the Great Pacific Garbage Patch, first as a high school project, and then developing the idea furthermore. In 2013, at the age of 18, he dropped out of college and founded the Ocean Cleanup, with a start capital of 300 Euros.

The year before he had given a TedX speech on the topic, but wasn’t taken very seriously. Only after the video went viral a few months later did the project also find its first fundings. The organization grew bigger and bigger, the fundings got larger and larger. Still they had to put up with a lot of critique from scientists and non-believers around the world, as the first tests didn’t seem to get the desired results.

"Technology is the most potent agent of change. It is an amplifier of our human capabilities.“ (Boyan Slat)

Boyan Slat didn’t give up. Why should he? No one else addresses this problem, no one else has found an alternative solution. Meanwhile, the Ocean Cleanup has developed another device that can be placed in rivers, intercepting the plastic before it enters the oceans. 80 percent of the ocean plastic gets there through the rivers, therefore capturing it in time would also reduce the growing amount of ocean plastic to be cleaned up in the future.

Even if these prototypes aren’t feasible solutions yet, they are almost there. It might take another few years to fully develop the technology, but Boyan Slat and the Ocean Cleanup will get there in the end. Because they know there is no other alternative, an impossible is not an option.

"There will always be people saying things can't be done. And history shows that time and time again things 'couldn't be done' and they were done." (Boyan Slat)